Bitcoin has consolidated between the $38K and $45K zone for the past two months, as indecisiveness continuously rocks the market.

“BTC has been in this consolidation pattern for 2 months.”

Market analyst Lex Moskovski shared similar sentiments, describing the current BTC market as “the mother of all consolidations.” He noted:

“The mother of all consolidations. On-chain volume at $39k is the largest in the entire history of Bitcoin. Record 775k BTC changed hands at around $38.7.” 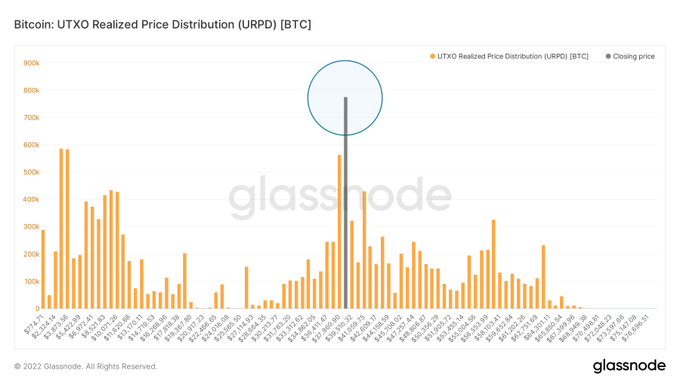 Moskovski added that Bitcoin had moved around $39,000 more than any other price in its 13-year journey based on the high on-chain volume recorded.

The leading cryptocurrency was down by 1.5% in the last 24 hours to hit $38,419 during intraday trading.

Despite the consolidation happening in the market, BTC addresses continue going through the roof. Data analytic firm IntoTheBlock explained:

BTC long-term holders have been leading the pack in accumulating more coins. On-chain analyst under the pseudonym Checkmate stated:

“Bitcoin long-term holders are adding to their balance at an annualized rate of 7.6x issuance. With ~900BTC in mined issuance per day, this means around 6,840 BTC is moving into LTH storage daily.” 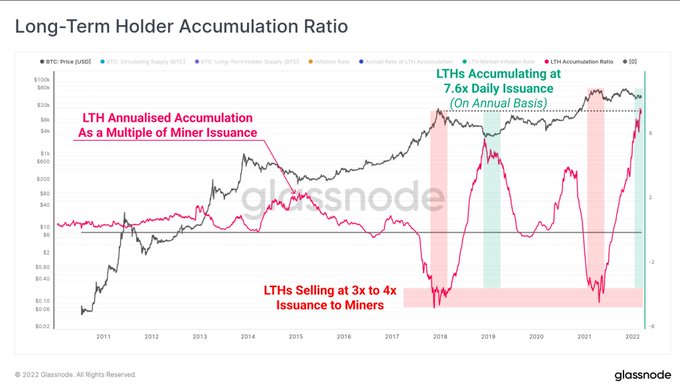 Meanwhile, large institutional transactions have been dominating Bitcoin volume at 99%. Institutional investments have played an instrumental role in revolutionizing the BTC ecosystem. For instance, they enabled the leading cryptocurrency breach the then all-time high of $20,000 in December 2020 after three years of waiting.